How Did Plant Evolution Give Us Aromatherapy?

Some Context For Evolution and Aromatherapy

Millions of years ago, the first humans evolved in the forest and in the savanna. They inhaled the air that was in their environment, which was a lot purer than today’s air is. By ‘pure’, we mean ripe with the naturally occurring aromatic compounds that essentially all plants give off as part of their metabolism. Concrete, unfortunately, does not produce these compounds. And to add insult to injury, pollution from industrialization in urban areas further dirties the air. Aromatherapy and essential oils allow you to recapture a taste of the air that your ancestors breathed.

As you probably learned many times in school, plants grow by way of photosynthesis. Sunlight hits the leaves, and through a sophisticated chemical process, the plant cells combine carbon dioxide and water to produce new plant material. Thankfully for us, one of the byproducts of this process is the oxygen we need to survive.

However, the structural plant materials (the primary metabolites) are not the only products of photosynthesis. Plants also produce secondary metabolites that do not necessarily become part of the structure of the plant, but rather are released into the atmosphere. Why would this occur? Why would a plant expend energy-producing substances that aren’t part of its growth?

As evolution would dictate, there must be some benefit to this. These secondary metabolites must help the plant survive and, more importantly, reproduce. Let’s put ourselves into the position of a plant in the forest or the plains and consider its main concern when it comes to survival.

One of the primary “concerns” of a plant is that it not get eaten. There is an incredible number of herbivorous animals that like to nibble essentially every plant. These predators are not picky, and yet different plants get eaten at substantially different rates. Why is this?

One rather obvious explanation is that the plant could produce a chemical that makes it taste bad to predators, or even causes physical illness in the predators.

Interestingly, many of the secondary metabolite poisons are very strong alkaloids that we use in medicine. Some can be used directly as they come from the plant, while others are modified by pharmacologists. Consider cocaine as produced by the coca plant, morphine as produced by the opium poppy, and atropine as produced by deadly nightshade. These are all examples of alkaloids that plants produce naturally as a poison to ward off predators. This happens pervasively throughout the plant kingdom, but it is not the only method that plants use to protect themselves.

It has been shown that essential oil production within a plant helps plants to adapt to factors in the environment such as drought, high temperatures, radiation, and pollution.

Aromatic compounds can also help plants attract pollinators, like bees and butterflies. These insects are critical to the plants’ reproduction.

There is another way that plants have evolved to protect themselves more indirectly. Co-evolution is the process by which two or more species evolve dependently on one another.

Essentially all herbivores have predators – animals that eat the herbivore. For example, insects (the most threatening herbivore from most plants’ perspectives) are prey for frogs and birds.

Imagine this: a particular type of insect eats a plant. Predatory relationships (habits) between particular insects and plants develop due to proximity and evolutionary learning on the part of the insects. In order to protect itself from these insects, the plant emits a fragrance. This fragrance is appealing to birds, but the birds don’t eat the plants – they eat the insects. As a result, the plants which emit fragrances that are pleasant to birds have fewer insects eating them!

This type of evolutionary learning occurs over hundreds, if not thousands of years according to the survival of the fittest, which is essentially lots and lots of trial and error.

The fragrant substances responsible for this type of co-evolution are “aromatic”, and they comprise the foundation of aromatherapy.

The secondary metabolites above fall into a variety of categories, including alkaloids (which tend to be strong and poisonous), antibiotics, phenols, terpenes, and terpenoids.

At MONQ, we focus on the terpenes, which are one of the largest classes of organic compounds (compounds produced by living organisms). Plants readily produce and release terpenes into the air, but animals do not readily produce these compounds. There are tens of thousands of different terpenes. Some of them have names that might appear familiar, such as limonene, geraniol, eucalyptol, pinene, citronellol, and others. These terpenes are what give the plants which often share their names the fragrances they emit. Interestingly enough, Vitamin A is actually a terpene!

To read more about terpenes and the role they play in aromatherapy and in your life, check out our other blog posts:
You Evolved To Breathe Plants
What Is Aromatherapy And Where Did It Come From?
Are You Terpene Deficient? Probably.
Your Environment: Could It Be Contributing To Your Stress?

The above information relates to studies of specific individual essential oil ingredients, some of which are used in the essential oil blends for various MONQ diffusers. Please note, however, that while individual ingredients may have been shown to exhibit certain independent effects when used alone, the specific blends of ingredients contained in MONQ diffusers have not been tested. No specific claims are being made that use of any MONQ diffusers will lead to any of the effects discussed above.  Additionally, please note that MONQ diffusers have not been reviewed or approved by the U.S. Food and Drug Administration. MONQ diffusers are not intended to be used in the diagnosis, cure, mitigation, prevention, or treatment of any disease or medical condition. If you have a health condition or concern, please consult a physician or your alternative health care provider prior to using MONQ diffusers. MONQ blends should not be inhaled into the lungs.

With fall just around the corner, you might be just about ready to get those fall and winter clothes boxes out of storage and begin putting together your favorite fall apparel outfits. From the freshness of the crisp air, the falling leaves, and the family time that comes with the approaching holidays, many individuals have […]

The Psychology of False Memories

Can our memory play tricks on us and plant false memories? The short answer is yes. When we have a distorted recall of an event or believe something happened that didn’t, we’re experiencing the phenomena of false memory. The most astounding thing about false memory is that you can feel entirely confident that you are […] 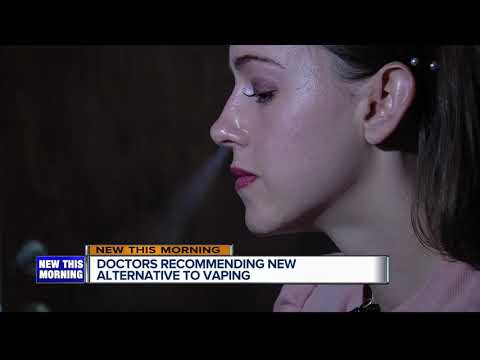 Is Breathing Essential Oils from Portable Diffusers Safer Than Vaping?

Read about the uses of aromatherapy in different civilizations throughout history, and discover why this practice has survived through the ages.

Can you imagine the perfect spa day without the relaxing scent of lavender, incense, and candles? While these set the mood and enable spa visitors to immerse themselves in the relaxation experience, aromatherapy plays a much bigger role than that. If you like spas, you can also have an aromatherapy spa experience at home! Aromatherapy […]

An Introduction to Aromatherapy, Astrology, and How They Work Together

Happy positive thinking day! Repeat after me: I am worthy, loved, and heard. I am confident, strong, and beautif… https://t.co/ues6UfDzQp

We are FALLIN’ in love with our new deals (get it?) If you haven’t checked out the new fall deals, what are you w… https://t.co/JeAjqrZJF9

Auto-Ship is convenient and fast.